We have years of experience caring for families from all walks of life, cultures and faiths. Our unsurpassed staff and our family provide kind, caring, professional service. Each family comes to us because they know we are leaders in our profession who are dedicated to excellence in service, adhere to the highest funeral industry standards, and have exceptional integrity. We consistently earn phenomenally high customer satisfaction survey results.

Our licensed, professional staff is here for you 24 hours a day, 7 days a week. Please call 606-836-5833 anytime. We will even come to you to make arrangements in the comfort of your home.

Prompt, compassionate service is always just a phone call away, where and when you need it. 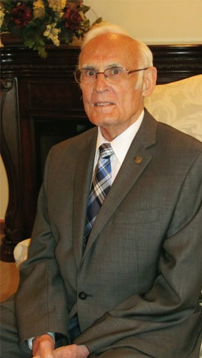 Robert is a lifelong member of the Russell-Flatwoods communities. He was born in Ashland to the late Herbert and Alice Carman-Greene.

Bob is a 1953 graduate of Russell High School and a graduate of Kentucky School of Embalming. He has been a licensed Funeral Director and Embalmer since 1961.

Bob married the love of his life Johnda June 24, 1955, which also happens to be his birthday! They have raised three wonderful daughters, Stephanie Greene, Marty Greene-Ross and Heather Greene-Warner and have two wonderful grandchildren, Sarah Jordan Heitze and Nevan Warner.

One of Bob's proudest moments in life is being able to serve his country for five years in the United States Army.

Bob takes pride when it comes to serving his community and getting to know the local residents. Over many years he has been a member of several organizations including Flintlock Skeet Club, Flatwoods City Service Board, Flatwoods City Council, the Ambulance Service Board of Greenup County, East Greenup Kiwanis Club, Raceland-Russell Lions Club and the Optimist Club.

He was recently awarded his 60 year pin and Legion of Honor Award from the Kiwanis Club of East Greenup County.

When he’s not at the funeral home, Bob enjoys hunting, fishing and being with his family. 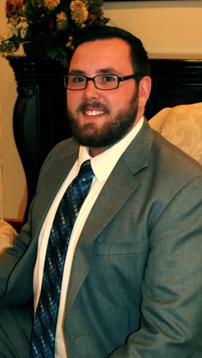 Josh has been a resident of Raceland since he was three years old. He was born in Martin to  Wanda Kendrick-Joseph of Raceland and the late Ashland Joseph.

He has always had an interest in funeral service and joined the Carman Funeral Home family in 2015. He began his journey to become a funeral director with Carman, serving his apprenticeship and becoming a licensed funeral director in 2018.

Josh is passionate about singing and gospel music and was a former member of the Cannan Quartet and Damascus Road Quartet.

Josh has three brothers, Harry, Ashland, Jr. (Eva) and Todd. He has two sisters, Casey (Pat) and  Katrina, who passed away in 2010. Josh has four nieces, two nephews and two great-nieces.

His hobbies include volunteering in the community, singing, traveling, watching Netflix, and hanging out with his family and friends.

Josh is the current President for the Kiwanis Club of East Greenup County and the Chairman of the Flatwoods Parks and Recreation Board. He also writes a weekly column for the Greenup Beacon, "Life, Taxes and Beyond". 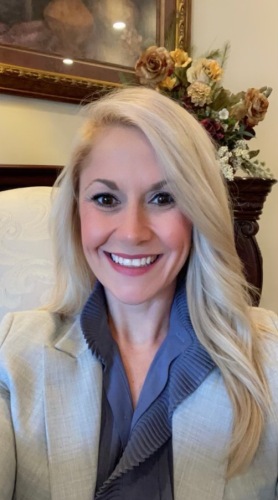 Amanda was born and raised in Beckley, WV and a graduate of Woodrow Wilson High School, Marshall University and Vincennes University where she attended mortuary school while serving her apprenticeship under Bob Greene here at Carman Funeral Home from 2012-2015.

She has always enjoyed taking care of families and began her love for the funeral industry in 2010 after the passing of her father.

In her free time she enjoys traveling, antique shopping, sking, going to the gym, and spending time with family. 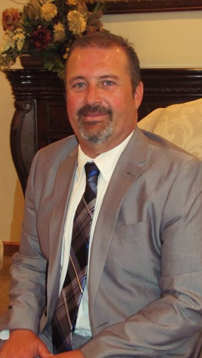 He was raised by his mother, Barbara Jo and grandmother, Betty Spangler.

Phillip is a 1989 graduate of Paul G. Blazer High School and received an associate’s degree in Early Childhood Education from Morehead State University.

He has worked at Carman Funeral Home since 2012 and has been involved in funeral service for many years.

Phillip is of the Baptist faith and a supporter of the Alzheimer’s Association.

In his free time, he loves taking care of his niece, Jaycee and playing with his two, puppies Molly and Mia. Phillip enjoys thrift shopping, jamming out to music in his car, camping and hunting. 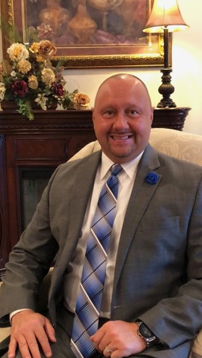 Shane was born and raised in Mount Vernon, Texas and has been in our community since 1996. He is the current Pastor of First Pentecostal Church of Flatwoods.

He is married to his best friend Robin. Shane has two sons, Simeon Cox and wife Courtney and Silas Cox and one granddaughter, Callaway Cox. He has three brothers.

Shane has been pastoring for 25 years and was a former Chaplain at King's Daughters Medical Center for 10 years. In his spare time he enjoys golfing and shooting guns.

When thinking of one of the many verses that is close to his heart he sites First Timothy 1:12 “I thank Christ Jesus our Lord, who has given me strength, that he considered me trustworthy, appointing me to his service.”

Shane has found it to be a privilege and honor to serve not only the people in a pastoral position but Him. 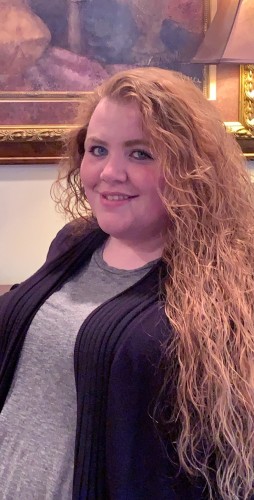 Stephanie Huffman has been a lifelong Greenup Countian and is a current resident of Flatwoods. She is the daughter of Karen Gilliam.

Stephanie is a 2007 graduate of Greenup County High School and a 2012 graduate from the ACTC Culinary Arts Program. She is employed by the Greenup County Public Libraries where you will find her at the Flatwoods Branch.

In Stephanie’s free time she loves to plan community based events such as Library-Con and is a co-director of At The Park After Dark. She loves to cook for others, craft and play with her multitude of nieces and nephews. 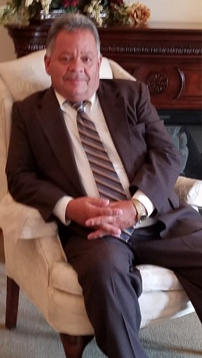 Bobby Williams joined the Carman Funeral Home family in the summer of 2018.

He currently resides in Greenup with his wife, Catherine. Bobby is the son of Dorothy Williams and the Late Charles Williams.

He currently attends Flatwoods Pentecostal Holiness Church and is a graduate of Russell High School. In his spare time, Bobby enjoys fishing, hunting and camping.

Bobby has worked in the funeral services industry for two years.

You are welcome to call us any time of the day, any day of the week, for immediate assistance. Or, visit our funeral home in person at your convenience.

About Us
Testimonials
Meet Our Staff
In Our Community
Our History